The Chun’s newly completed home in Fletcher Bay conveys a compelling sense of place. The blend of modern and contemporary farmhouse architecture establishes a dialogue between traditionalism and present-tense sensibilities; in addition, the home was designed to harmoniously compliment and engage reciprocally with its landscape. 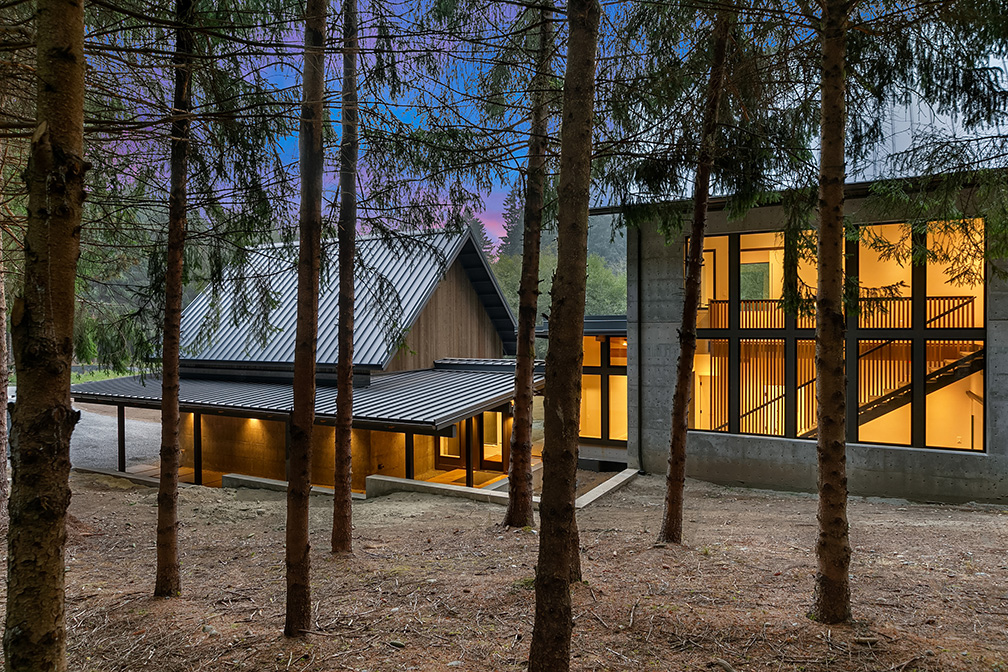 The rich history of this Bainbridge Island property deeply contributes to this sense of balance. The 23 acres of land was purchased in 1919 by the Nishinakas, an immigrant family new to Bainbridge Island, and for the past one hundred years this land has been owned by the same family.

The first head of the farm was born Shigeko Nishinaka (1906-1996); she married Frank Kitamoto Sr. in 1926 and, in the early 1930s, the couple settled on the land where they raised their 4 children. As was typical of these times, the men in the family had the privilege of education and career. Frank Kitamoto assumed the mantle of breadwinner in the family, commuting to work in Seattle daily. As their three daughters and one son grew up, Frank insisted on sending only their son to college. Shigeko was extremely progressive for her generation and felt her three daughters should also have the benefit of higher education so she decided to farm the property by herself in order to pay the girls’ college tuitions. All three graduated, with two attending the University of Washington to become registered nurses and one attending Washington State University graduating with a teaching degree.

Although she turned to the profession out of necessity, Shigeko quickly became an incredibly successful farmer and a keen businesswoman. After immersing herself in research, she settled on growing raspberries, and set aside 15 acres to convert into Bainbridge Island’s first raspberry farm. She became a pioneer of irrigation engineering on the island, designing her own system to suit the singular demands of the land she worked. She also planted a pine grove with hopes that it would foster a habitat for Matsutake mushrooms, a rare delicacy for which she was also recognized as an expert hunter. At just under 5 feet tall, this strong-willed individual became known as an egalitarian, generous, and diligent matriarch, and not only of her own family farm, but of the immediate agricultural community.

During WWII, her husband was wrongfully imprisoned, and she and her children were incarcerated with other American-born citizens of Japanese descent. This incarceration ultimately led to spending four years in Manzanar, in California, and Minidoka, in Idaho, two of the American concentration camps established as ‘relocation centers’ for Japanese Americans. After the war, the family returned to their farm to pick up their lives as Americans. In most cases of Japanese-American ‘internment’ possessions and land were lost. People had only hours to make arrangements, and usually couldn’t manage to protect or sell their homes and businesses in such a short time frame. Shigeko’s family was lucky: their farm hand Felix Narte, who had immigrated to America from the Philippines, took over operations. Later, Shigeko would repay him by giving him part of her acreage, where his family still resides. 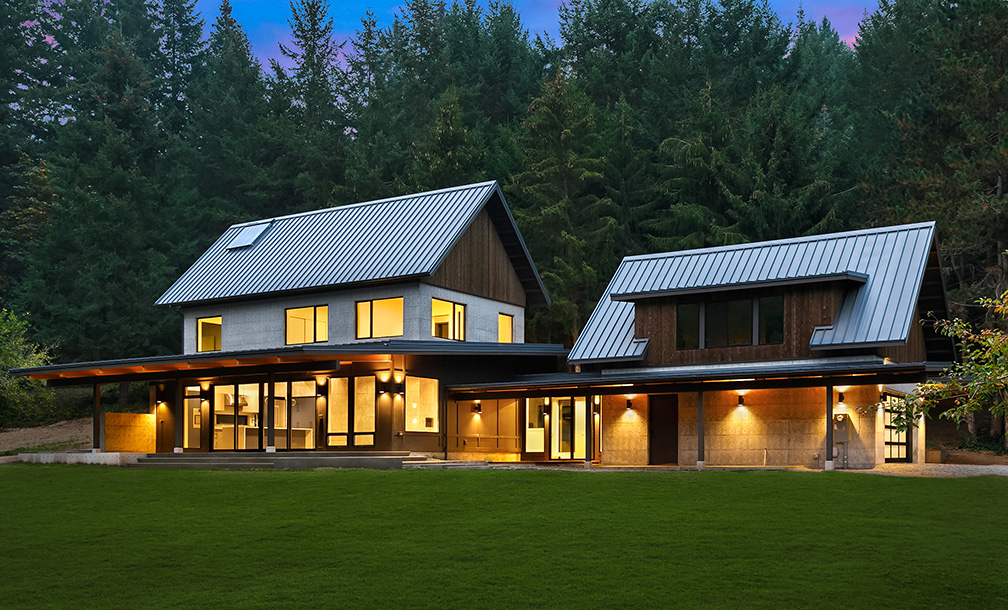 Shigeko’s granddaughter Annie, has just completed her dream home on a 7 acre portion of this original family land, designed by local architect, Jeb Thornburg of Indigo Architecture and constructed by Clark Construction. This effort serves to memorialize and honor her  grandmother who died in 1996, mother Jane who passed away in 2002 and to honor her extended family in general.  For the last 100 years, women have had a significant impact and have been impacted by this land. Annie said her Aunt Lily, who still lives across the road on the other portion of their family land, was very pleased to hear their home was being built by a company founded by a woman, Rachele Turnbull. Annie says she stills remembers wandering behind her grandmother as she irrigated the raspberries.  The new home helps keep these important memories of Shikego Kitamoto alive.

The narrative of the Nishinaka-Kitamoto family, the farm they called their own, and the land they depended upon as a source of physical and spiritual nourishment is a fundamental component of the spirit of this new construction on Fletcher Bay. 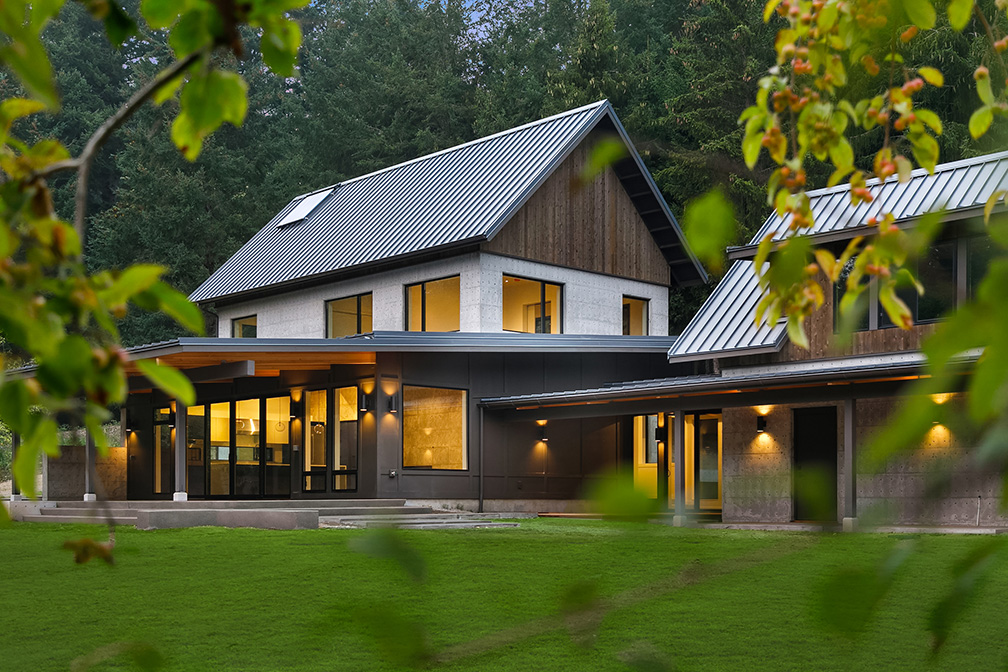 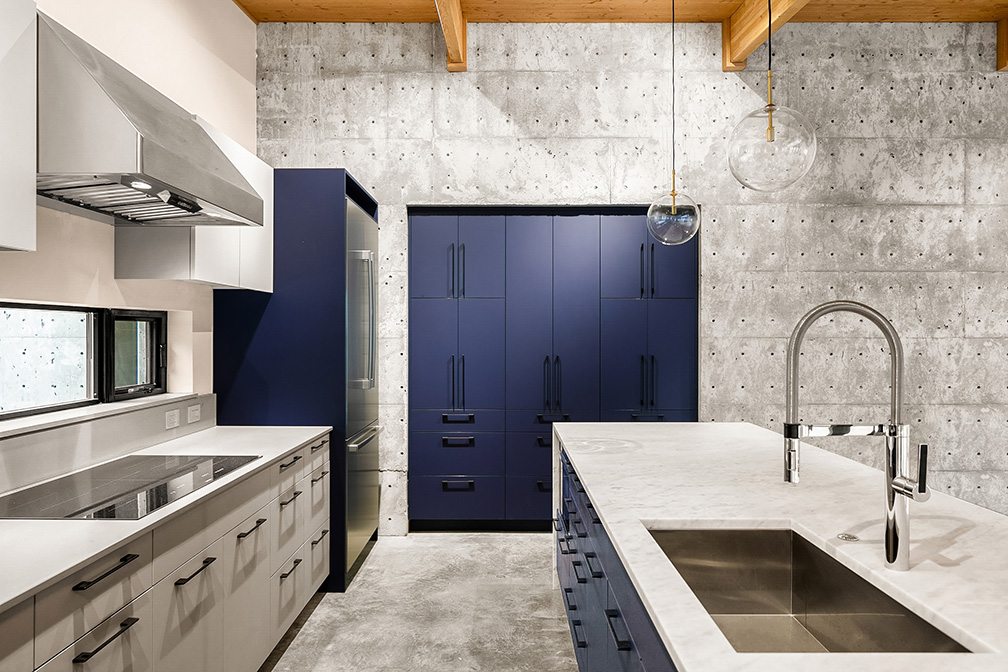 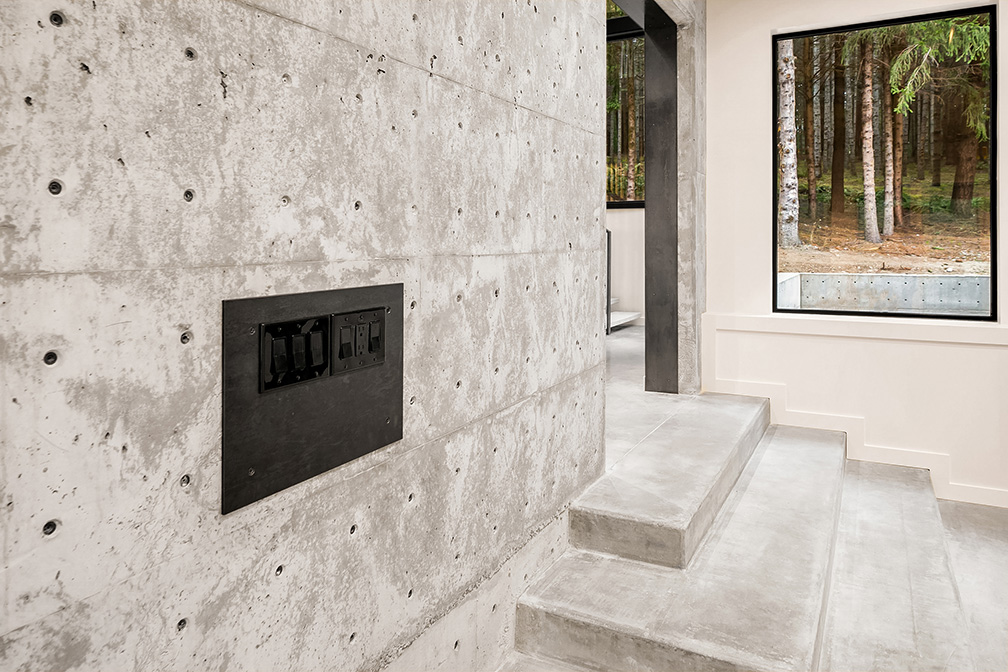 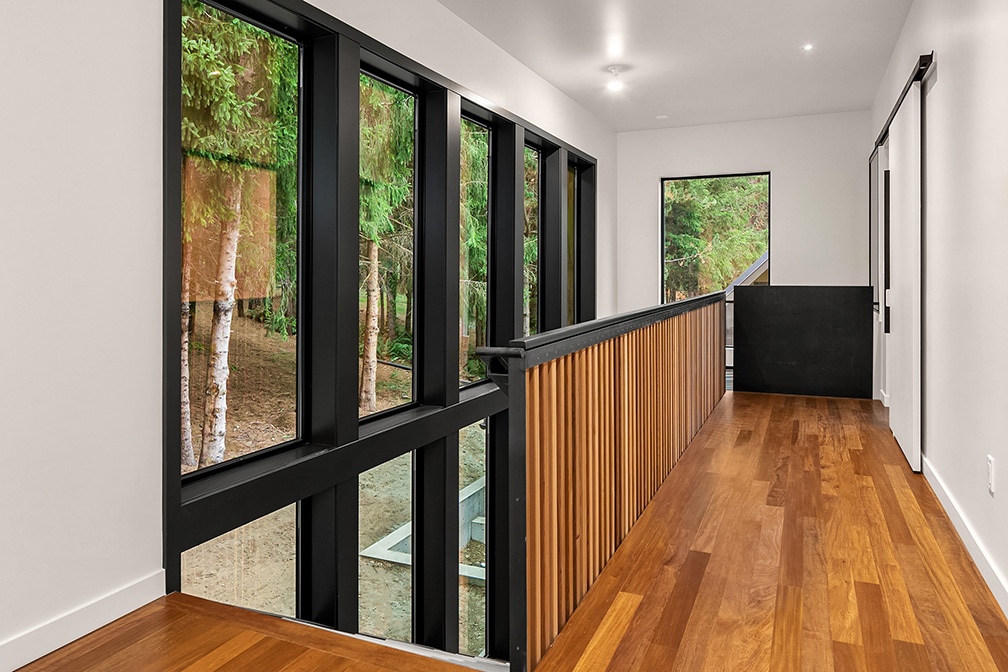 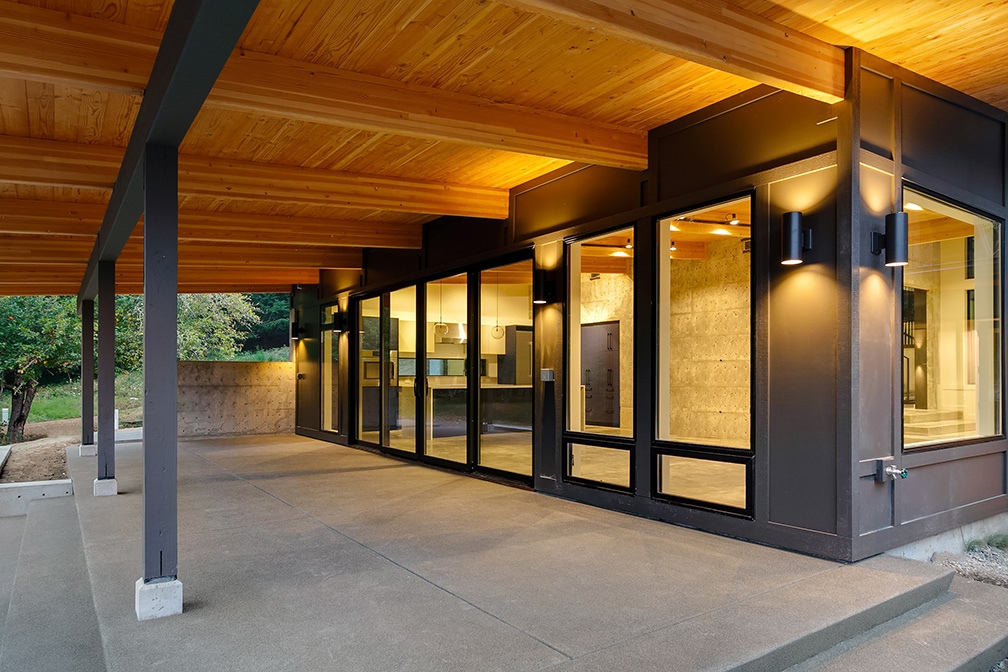 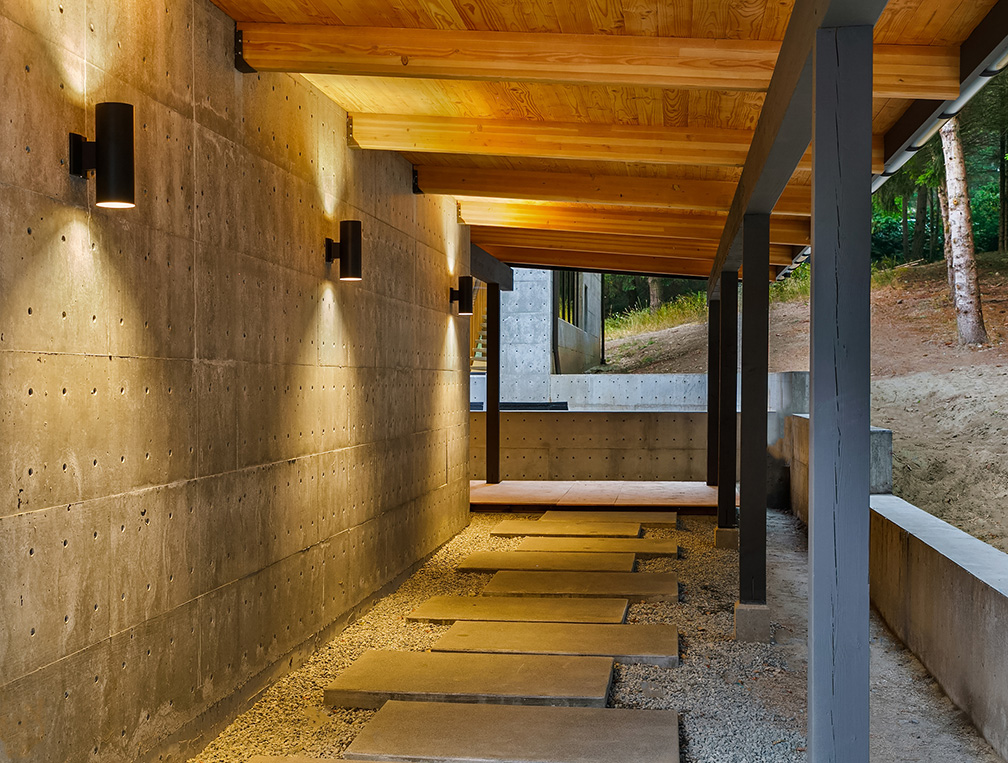 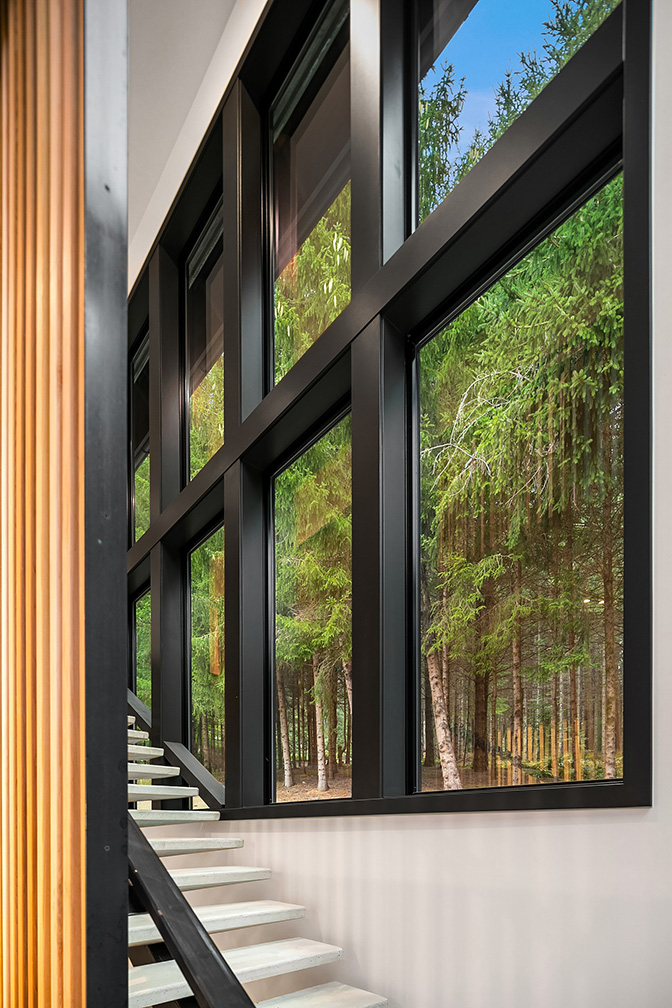 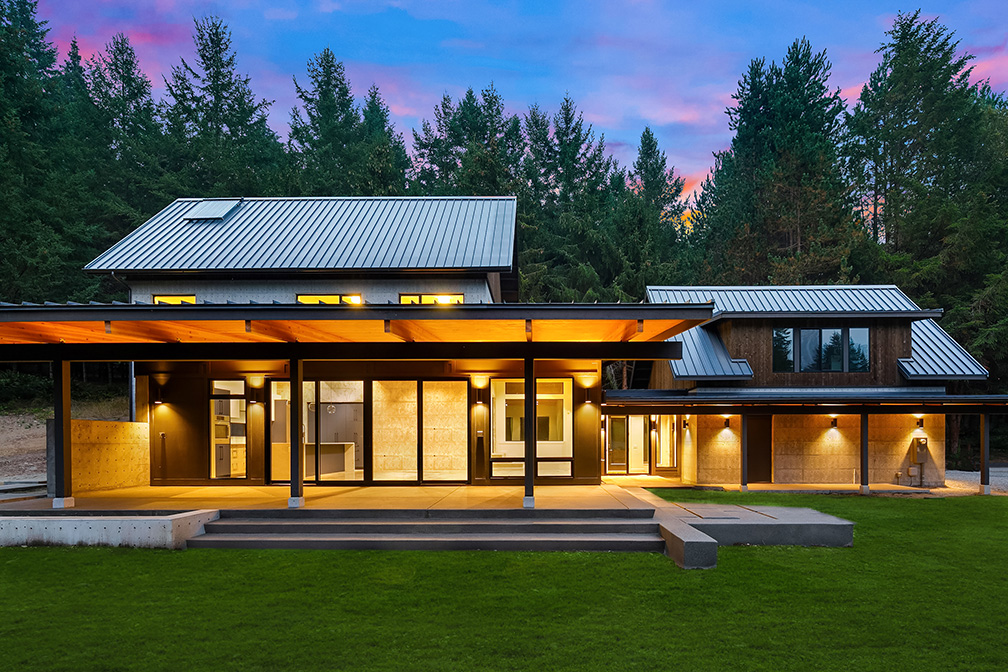 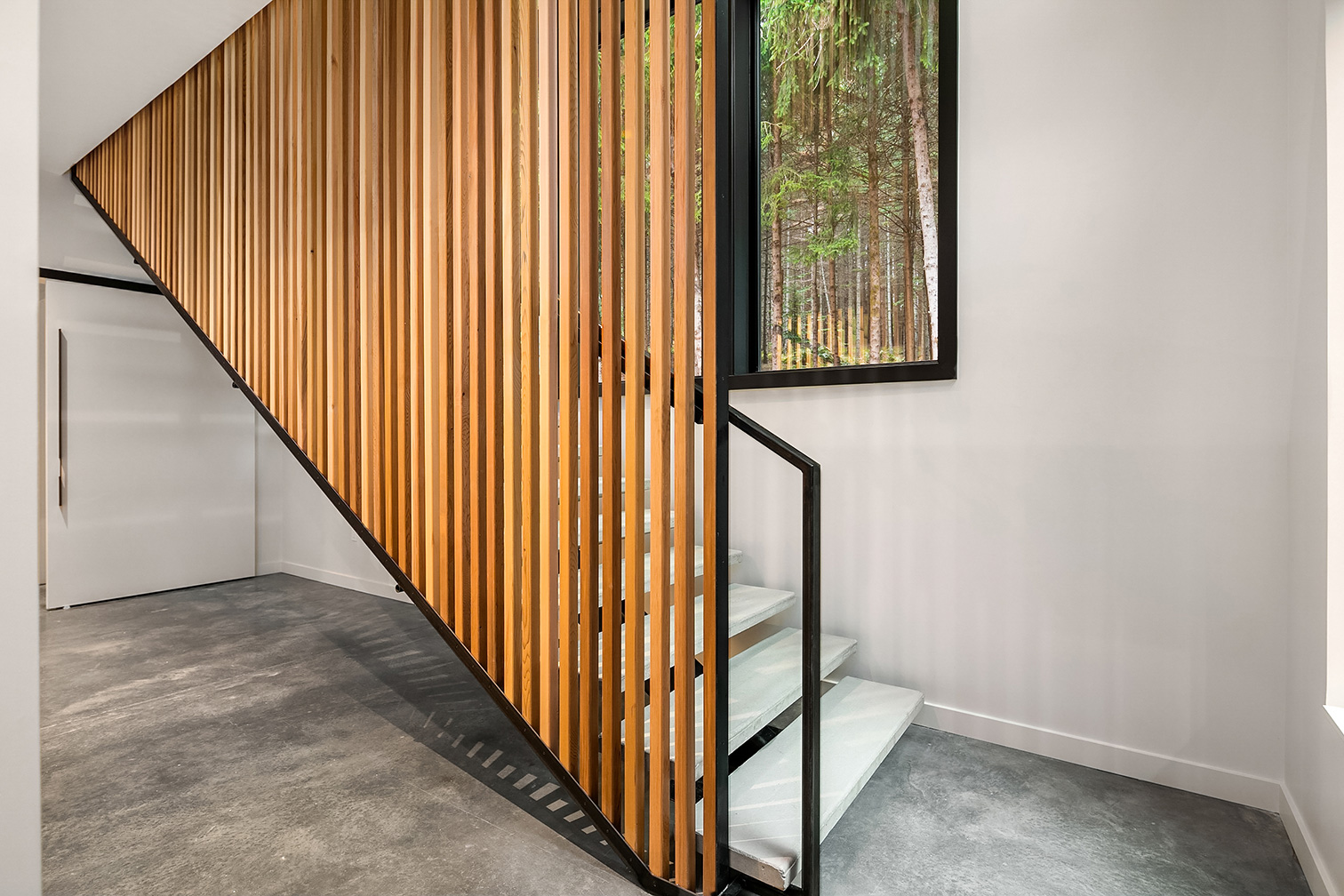 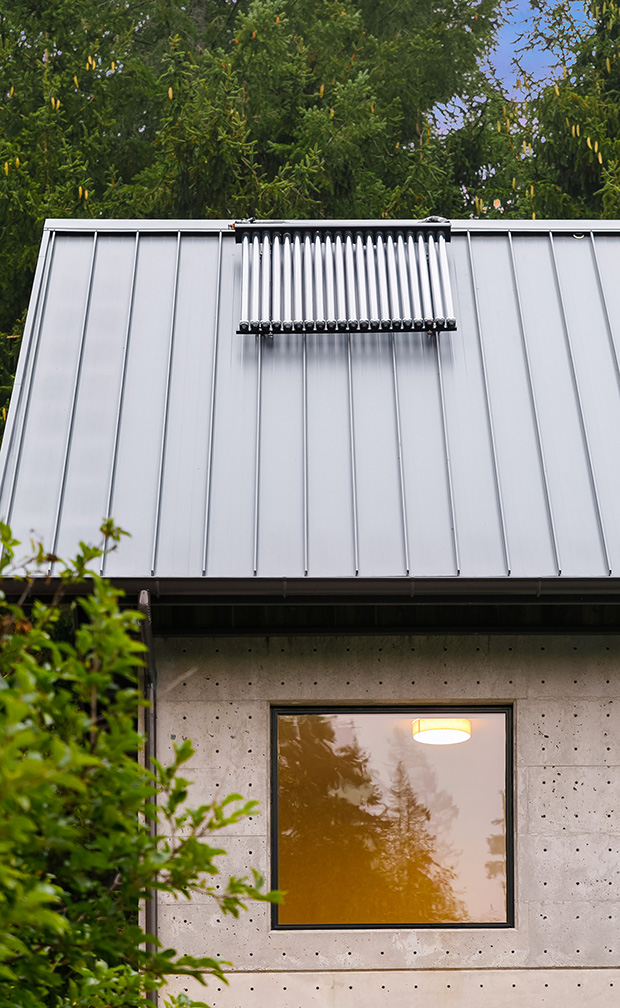 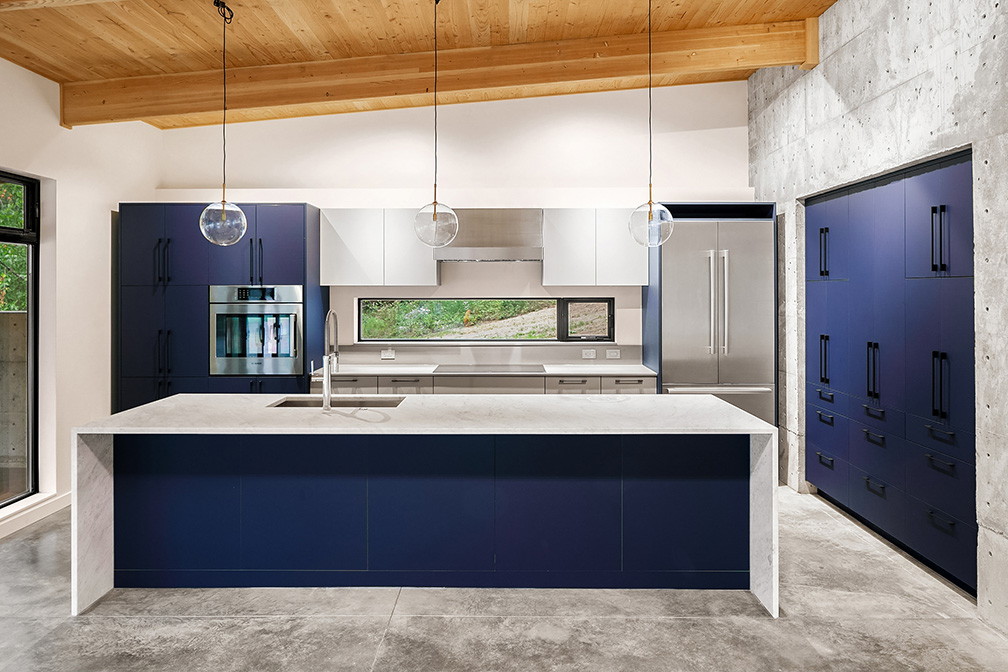 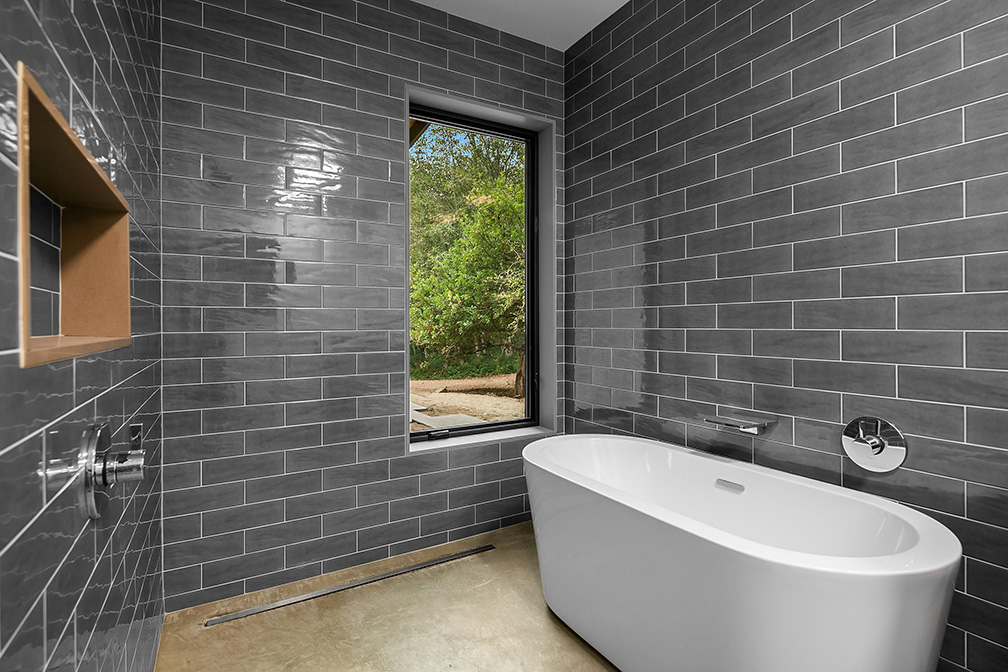 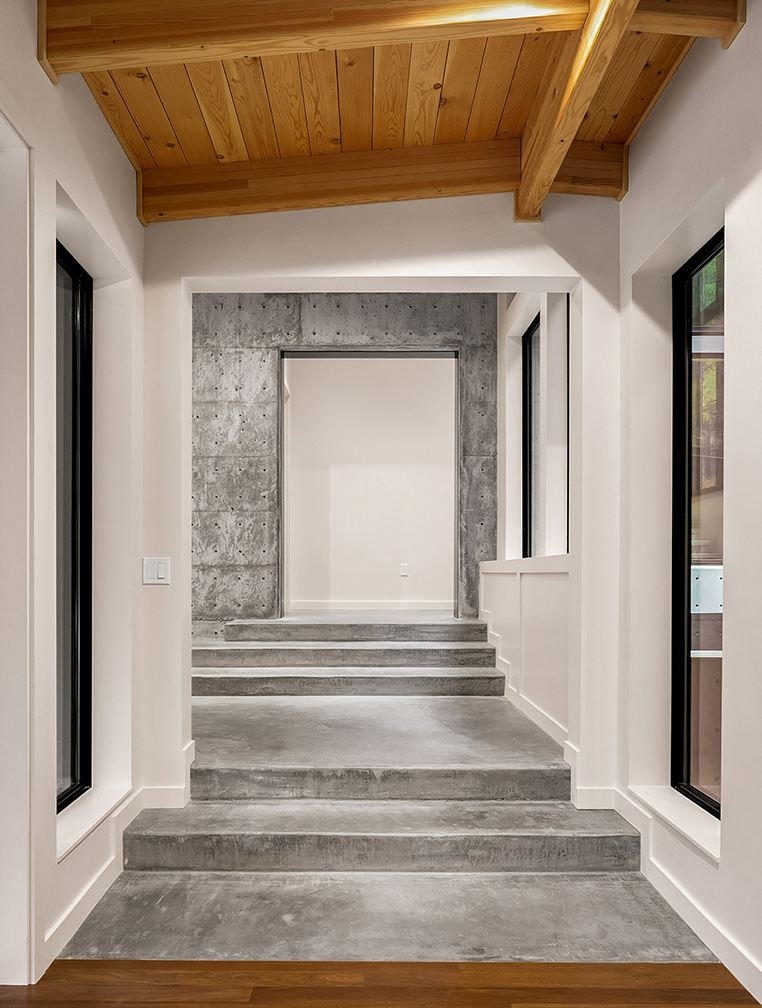 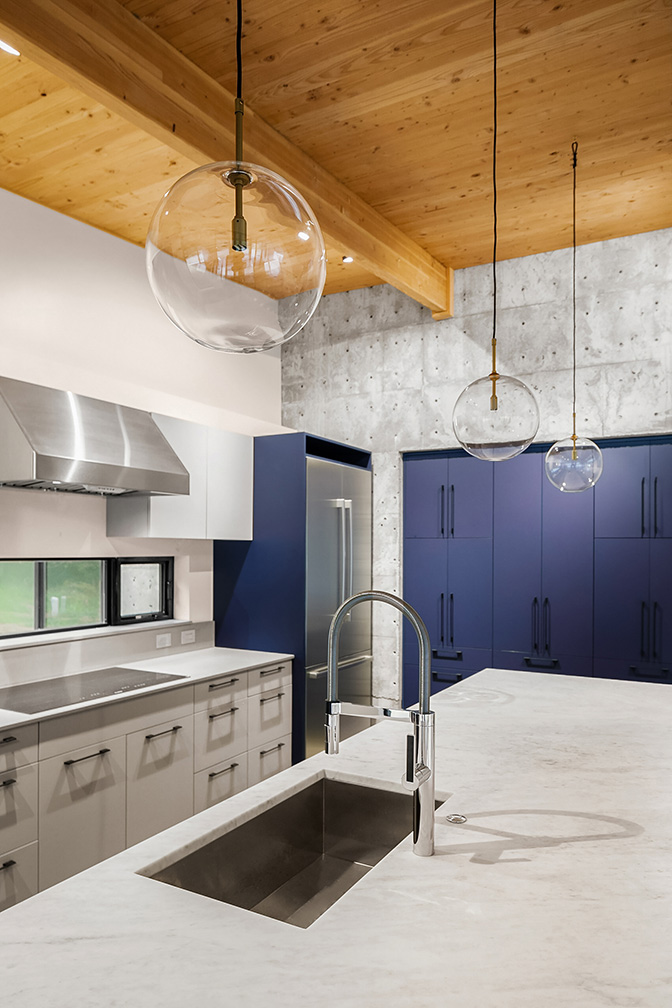 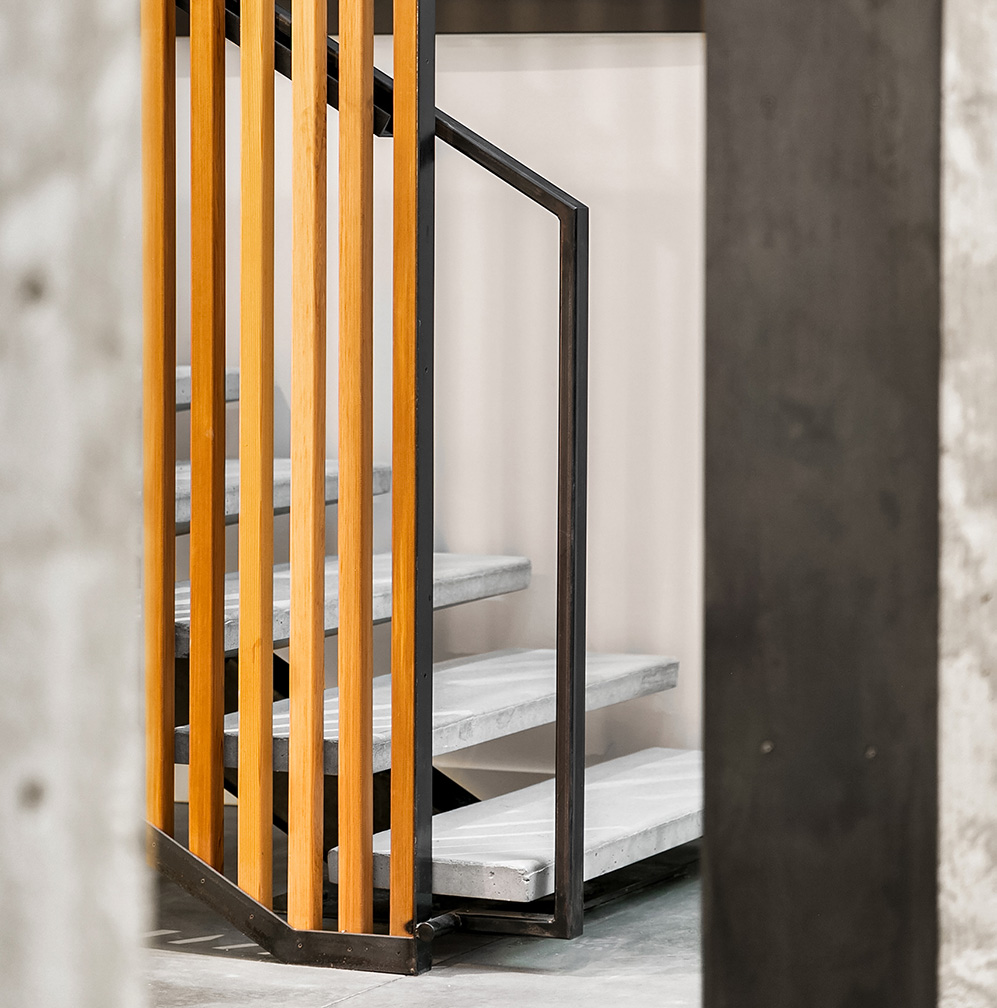 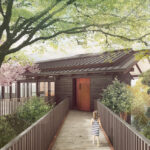