Team Clark won Best Hole at the Putt-Putt Clash presented by Blackmouth Design this past weekend.  Local builders, designers, engineers and makers built 12 custom mini-golf holes for 360 attendees (coming from Bainbridge, Bremerton, Seattle, Portland and Cheney!) who came to play the custom built course for the day.  A peoples choice vote on the best hole, deemed our “Camp Clark” hole the winner! Thanks Blackmouth for creating such a fun event!

The event was written about in the Bainbridge Review.  Enjoy this fun article.

“…Clark Construction, which won the $500 first place award with 104 votes, took a different approach. The team brainstormed ideas leading up to the event. With a few weeks remaining, the squad began building Camp Clark, a forest and campsite mini golf hole.

Although their hole was innovative, that was not what set them apart. Clark Construction’s Shannon Campbell took the creativity aspect a step further by dressing up in a bear costume. “We started talking about the camp scene, and what’s a camp without a bear?” Campbell said…” 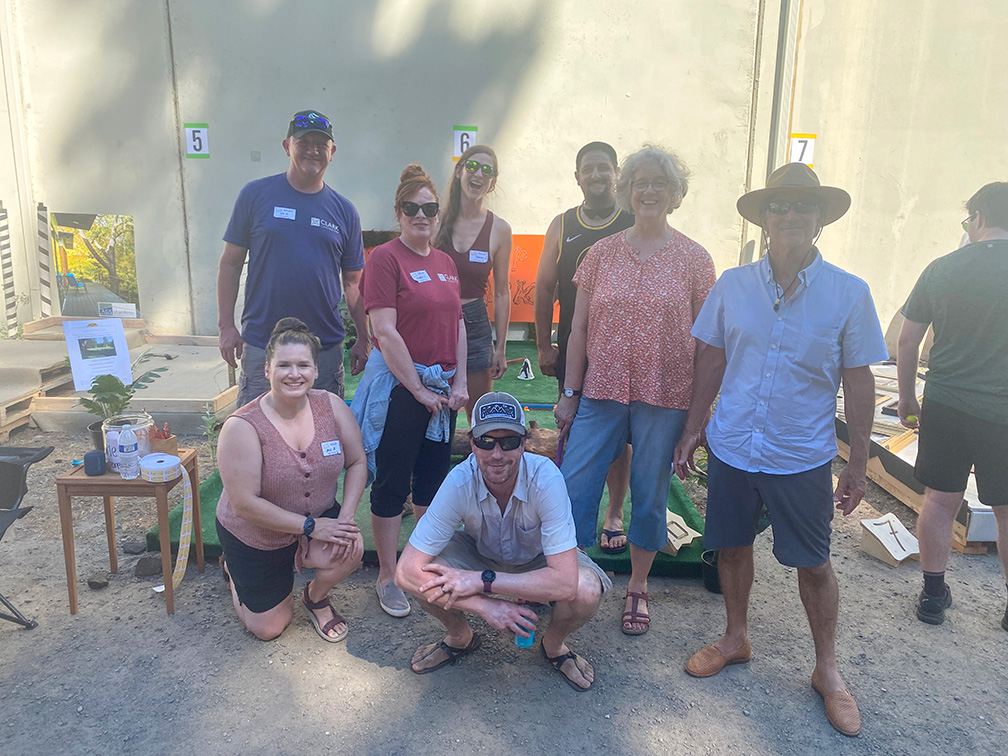 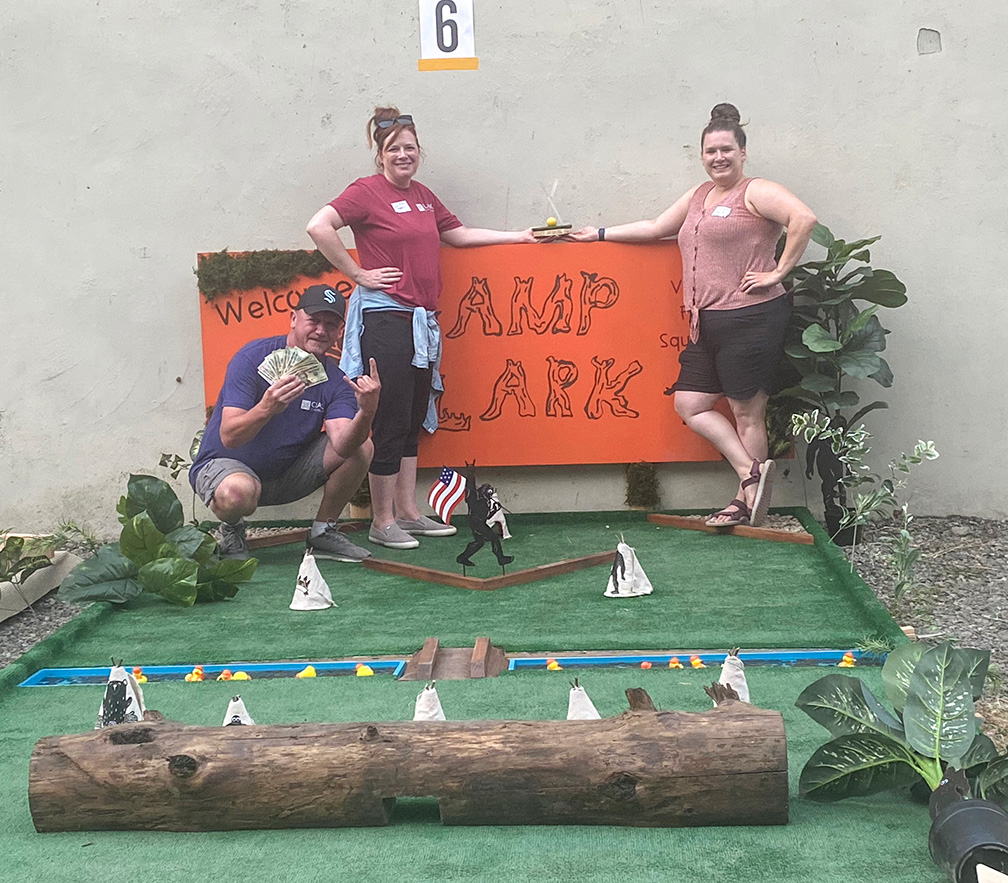 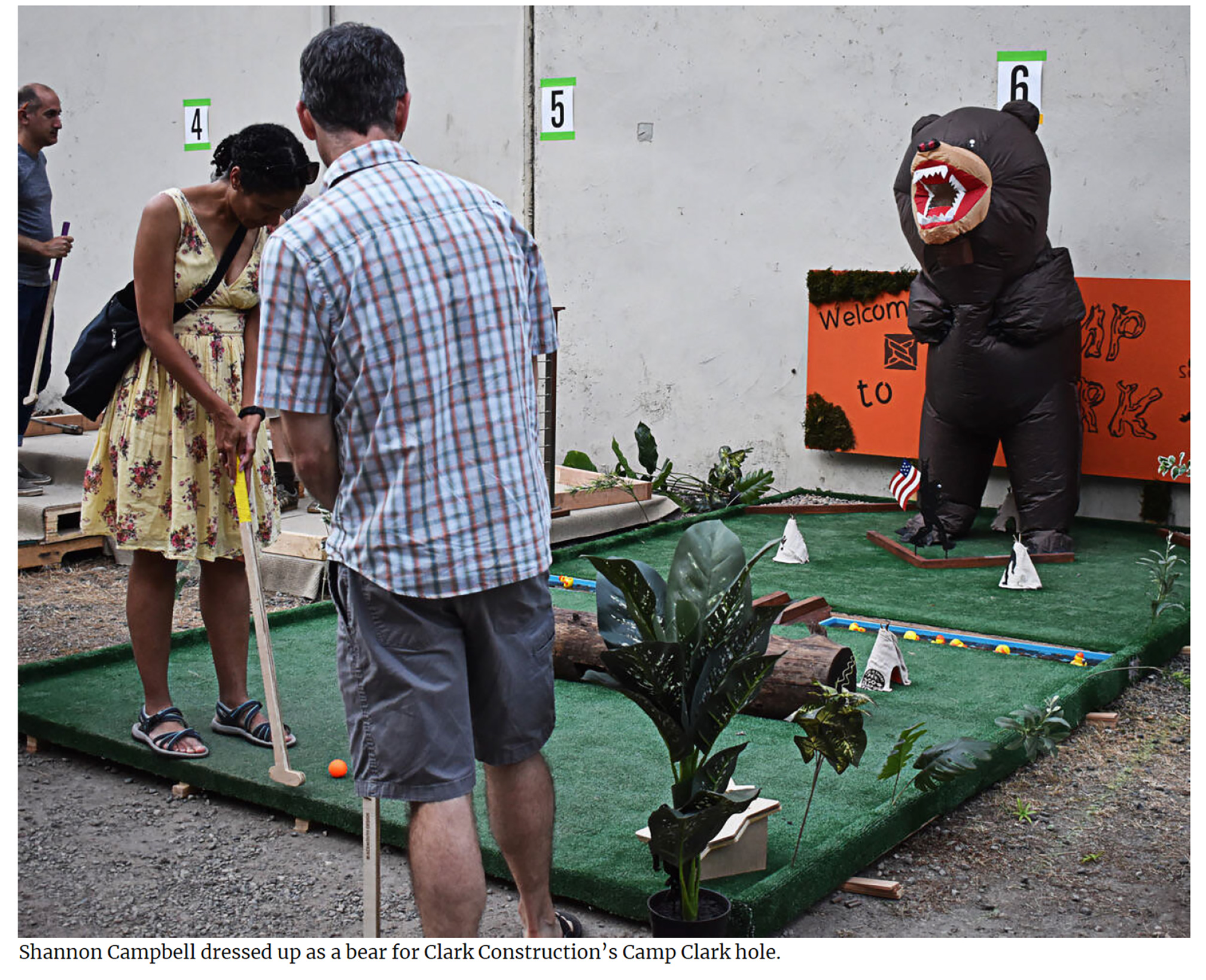 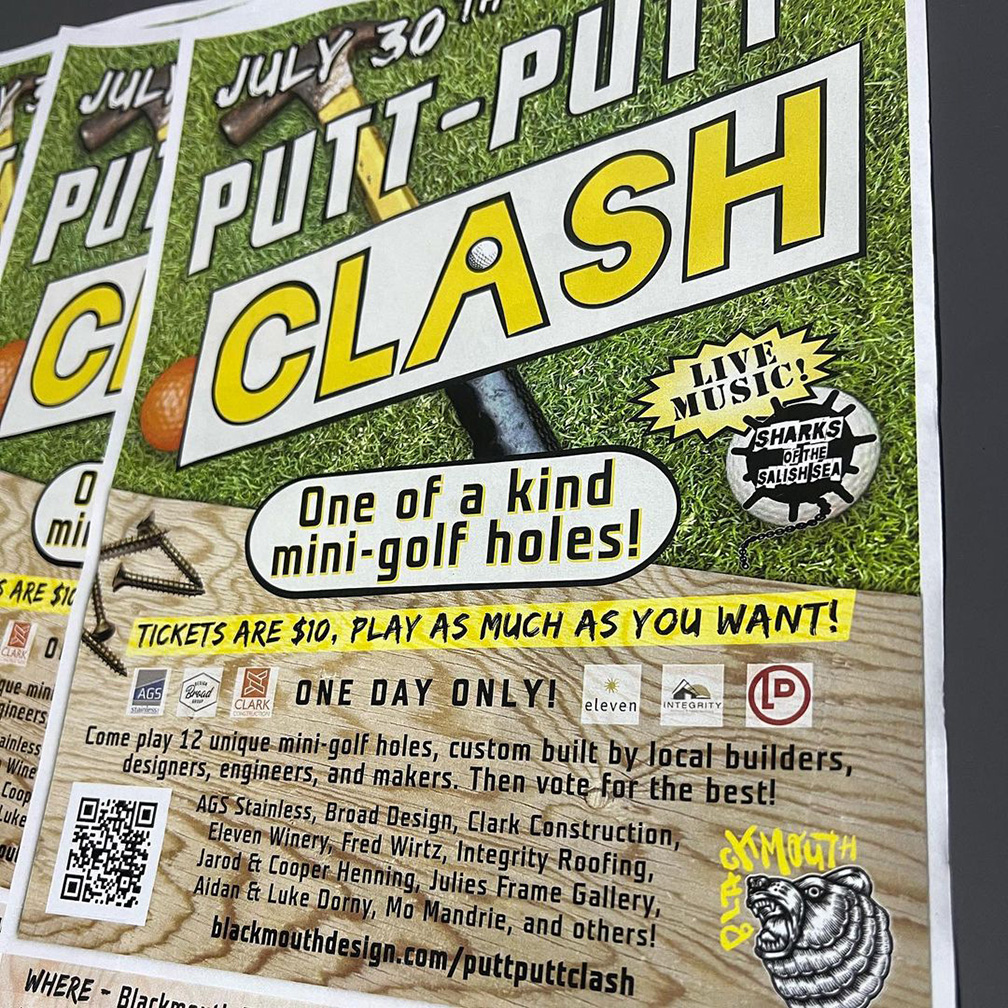