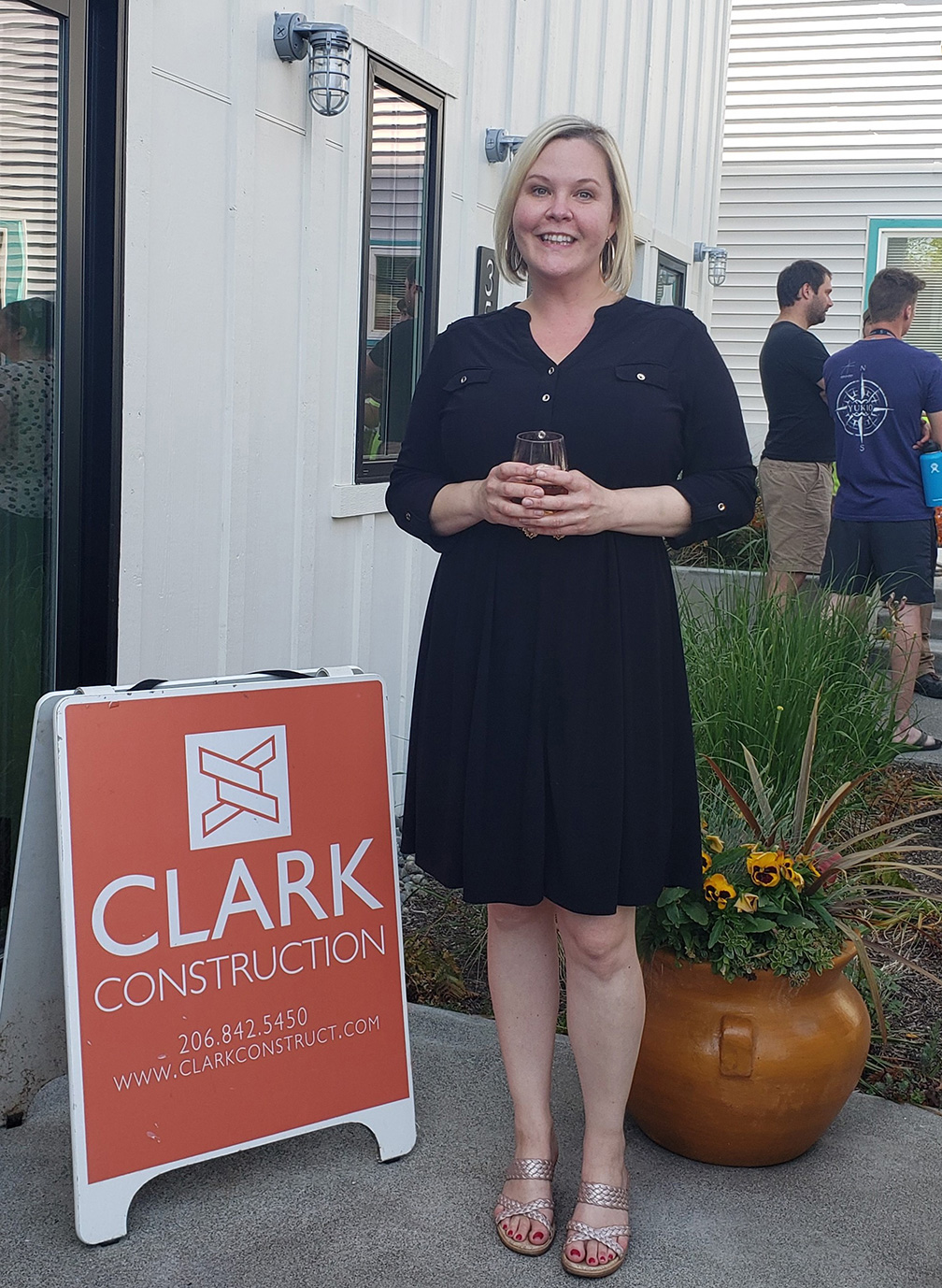 Miranda is a Project Leadership Team (PLT) Coordinator at Clark Construction. Utilizing her core values of compassion, kindness and generosity, she serves as a key support member to the Project Leadership team on a variety of complex construction projects. Miranda is responsible for all support duties for her projects including: processing and tracking receipts, reviewing and entering man hours, monitoring billability, processing invoices and a whole lot more.

Miranda knew she loved “office work” from her very first job at the CBPO Classification & Training office on Incirlik Airforce Base in Adana, Turkey when she was just 14 years old. She moved into retail work during college, then after college she worked as a logistics specialist with a local lumber importer in Poulsbo. After that she went into the tech world where she worked for a fast-growing tech company for 7 years. Years of commuting and long hours away from family, spurred her decision to go in a different direction and she joined Team Clark.

Miranda’s favorite part of her job is pulling JDBR’s (Job Detail Billing Reports), formatting the spreadsheets and updating CTD’s (Cost to Dates) in Procore. This is essential because it ensures accurate billing, reporting and forecasting. What’s the best part of her role according to Miranda? Being a support person for the team. In Miranda’s words, “It feels good to give someone or a team lift so that they can focus on tasks at hand that are crucial.” She also really enjoys training and working with new hires.

One Clark project that made a significant impact on her was the construction of the Sunrise home. It helped her get a good handle on her role and trust herself to take on challenging and important tasks – namely because others on her team trusted and believed in her. It is Miranda’s co-workers who motivate her to wake up and go to work each day. Miranda sees Clark as a family that relies on one another, and her dedication to her work family inspires her to work hard every day for them.

Miranda’s dedication to family and her strong work ethic is rooted in her childhood spent as an “Air Force brat”. She moved from Enid, OK, where she was born, to Wurtsmith Air Force Base in Oscoda, MI when she was adopted at age 8. After 4 years, her mom was then stationed at Incirlik AB in Adana, Turkey, which was Miranda’s favorite place to live. When they returned stateside, her mom retired at Keesler AB in Biloxi, MS. Miranda came to Washington state when she was 17 and met her husband, Mitchel, they have been together for 25 years (married for 18) and have a 13-year-old son. They also have a 2-year-old Keeshond/Australian shepherd pup named Koko. They live on Bainbridge Island in the same neighborhood as several of Clark’s current and retired owners, including: Norm Landry (Miranda’s Father in Law), George Cole and the Kruegers. 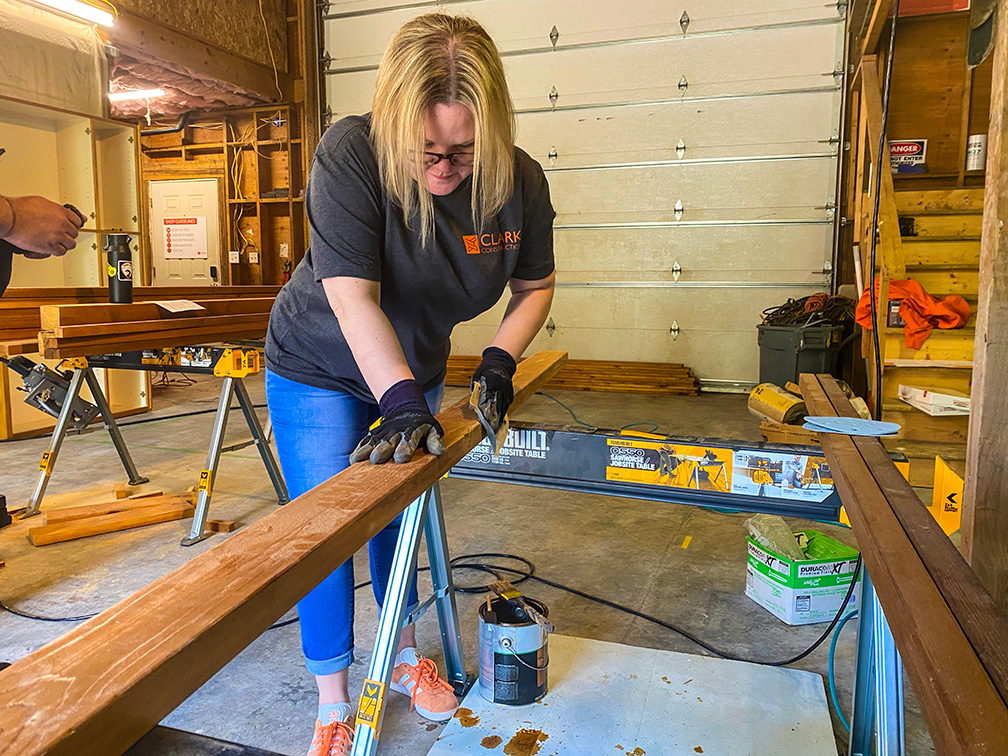 Miranda’s favorite pastime is listening to vinyl records while cooking meals with her family and dancing in the kitchen. She and her husband are foodies, and her favorite food of all is tacos. In her words, “Tacos are LIFE.”

Miranda’s motto: “BE THE REASON SOMEONE SMILES TODAY.” Below are a few things her co-workers have to say about her amazing qualities and why she is the reason many people at Clark are smiling each day:

“Miranda is for the team! She is good at what she does and has the ability to pick up new things quickly. She’s always willing to share her knowledge and makes the team feel like a family, not just a work team.”

“Willing, capable, responsive. Miranda is really good at finding her niche or place in relation to others that best supports the team. She is a good communicator and understands that part of working with others.”

“Miranda has been a huge lift for me personally. In her Project Coordinator role, she works seamlessly with Team members to support their efforts. She cares about her work and strives for accuracy and effectiveness.”

“Miranda always has the best interest of her team in mind and goes to great lengths to lend support whenever and wherever she can. She is compassionate, attentive and positive. She’s really good at organizing information and has an uplifting personality.” 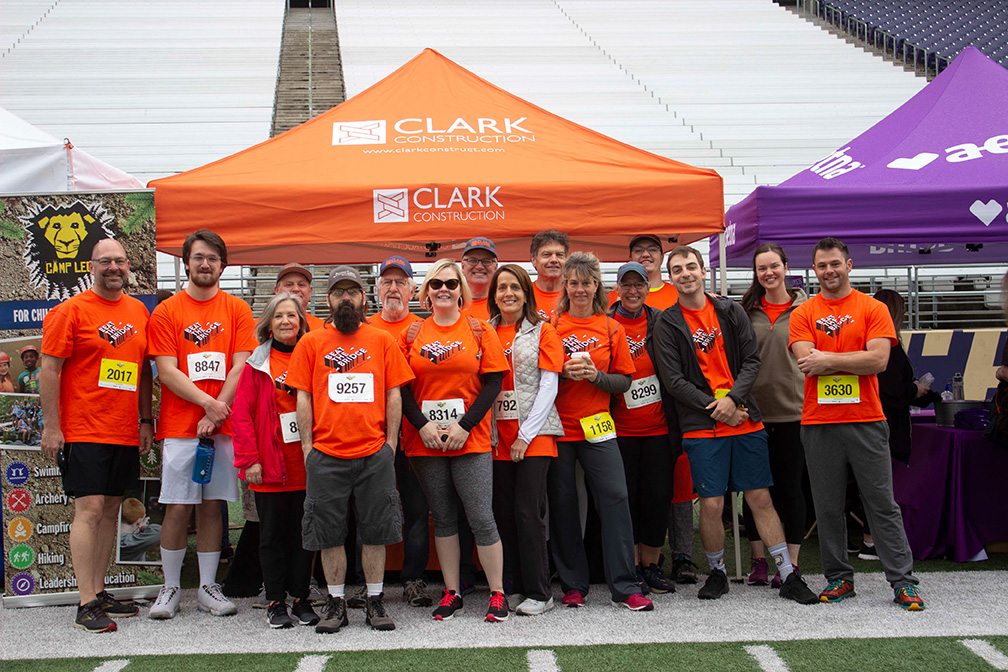